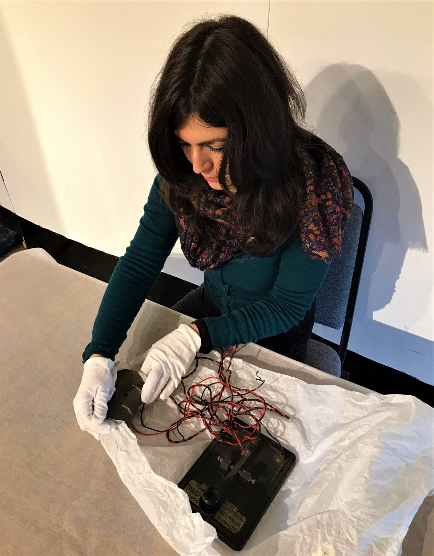 At HMS Unicorn, we are currently carrying out some intensive cataloguing, thus uncovering the unique history of the ship through highlighting the importance of the fantastic objects held in her collections. The collections of HMS Unicorn host a number of significant and important pieces that tell past stories of not only the ship's history but from the age of sail too. The items featured in this article represent the stories of those who served during World War II.

There are several steps to take when cataloguing collections. Firstly, accessioning newly-acquired heritage objects and those found un-accessioned within the Museum must be done, which represents a ‘formal commitment’ by the Unicorn Preservation Society to extensively care for an item over the long term. 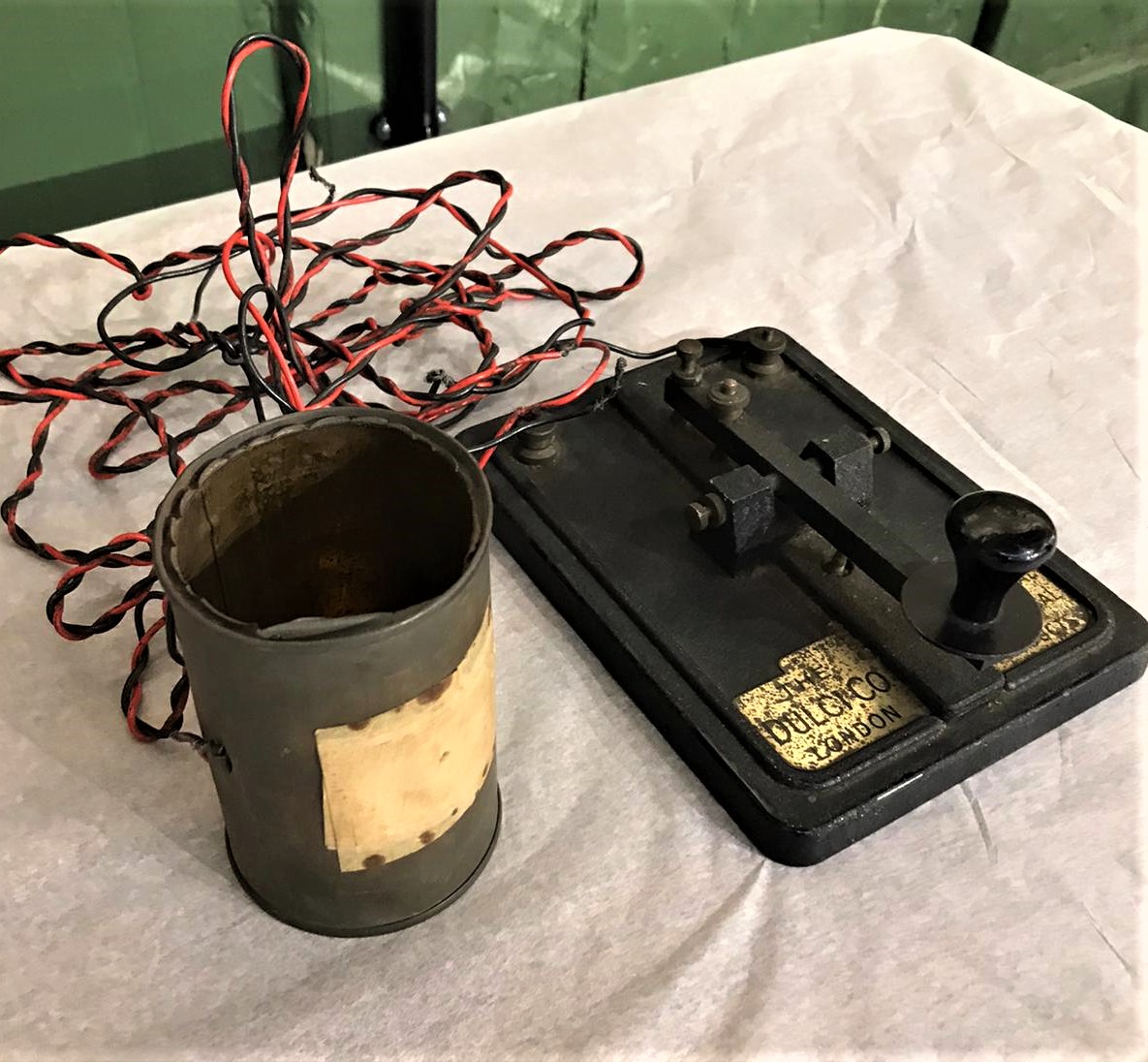 Documenting the objects by using cataloguing forms, and recording all the crucial information pertaining to the items, including their history, provenance and a thorough physical description, so that they can be easily identified, interpreted and understood in the future.  Digitising the material must be done in order to obtain a clear visual representation of the objects and enhance their accessibility. Finally, the careful packing of the collections is done to allow for better storage and conservation.

Above and to the right is a British Morse Key Professional Type Model MK2, manufactured by the Dulci Company, with attached signal lamp. It belonged to Captain William Crowe Coull (RNR). Dulci Co. Ltd (1947-59) was situated in London. Side of base inscribed: ‘British Made/ the Dulci Co./London/Electrical/Mechanical/Products.

With this in mind, documenting collections has a clear ethical mission – it is a long-life commitment by the museum to preserve the objects to the best possible state. Without detailed information on museum’s contents, a collection risks becoming ‘meaningless’, filled with objects devoid of cultural context and of a ‘curatorial voice'.

Picture below is a Stratton silver mirror powder compact with blue enamel lid and Royal Navy crown detail. It belonged to Nicola Lucinda Reid, who was in the WRNS between 1979 and 1979, and served on HMS Warrior and HMS Dryad. 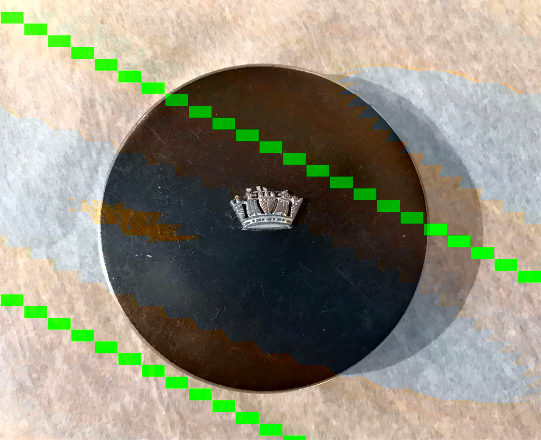 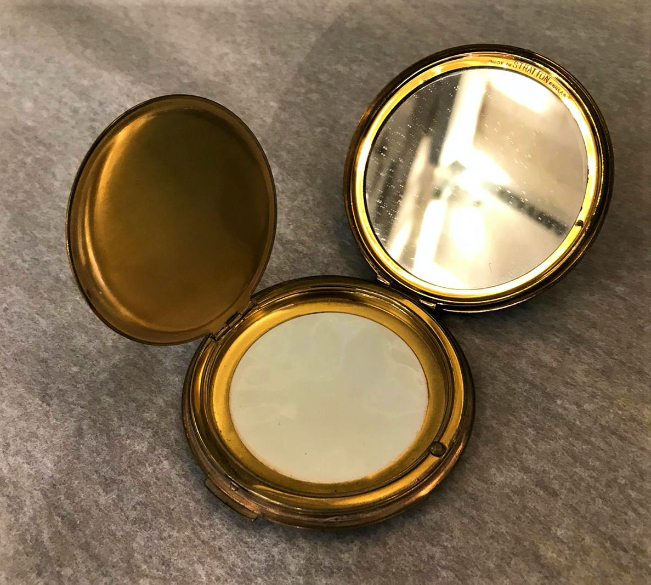 Pictured here is a set of 48 cigarette cards entitled ‘The Navy’, issued by Gallaher Tobacco (c.1937). Collectable cards were added to packets of cigarettes from the 1870s, first in America and later in Britain. In the late 19th century, cigarette cards commonly featured themes designed to interest men, as there were more male smokers (e.g., military images, sports stars, vehicles). Gallaher Tobacco was started by Thomas Gallaher, and became one of the largest tobacco companies in the world. The set titled ‘The Navy’ was released with their brand Park Drive. 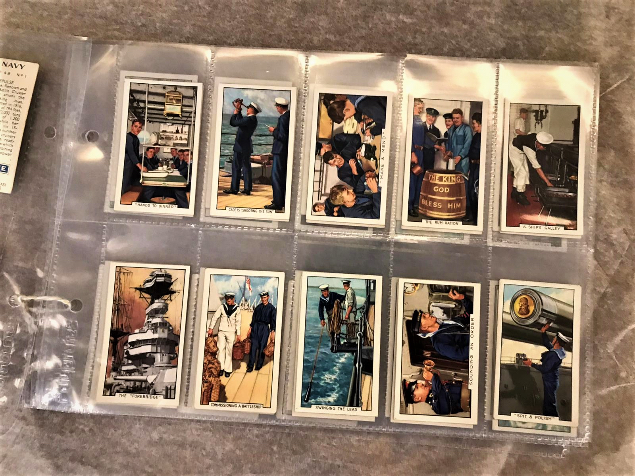 The photograph below features WREN Dorothy Gowans, who served onboard HMS Unicorn. This was taken during her trip on minesweeper HMS Montrose (c.1940s). 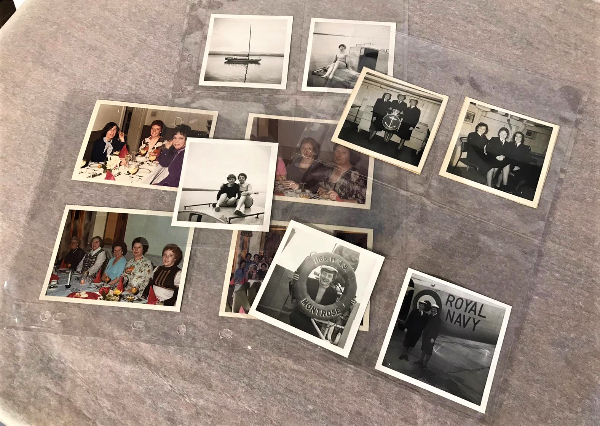 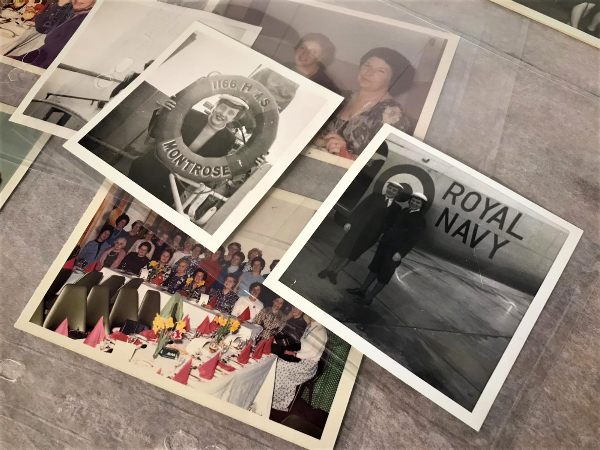